USCIS Aims to Increase Fees on Majority of USCIS Forms

“Giving money and power to government is like giving whiskey and car keys to teenage boys.” ~ P. J. O’Rourke

Despite the folly of giving your money to the government, you will soon be handing over even more.  This month the Department of Homeland Security announced a proposed rule to “adjust” (a.k.a increase) the filing fees on a number of commonly used USCIS forms. The list of forms affected is quite extensive and the increases will affect almost all employment-based forms, a number of family-based forms, and the Naturalization related forms.

The proposed increases are allegedly due to a potential $560 million annual shortfall facing USCIS. Since the majority of USCIS’ funding comes from filing fees, it’s no surprise that they are moving to increase them.

Since there doesn’t seem to be any rhyme or reason to which fees were increased, we’ve laid out the potential changes to some of the most popular forms. 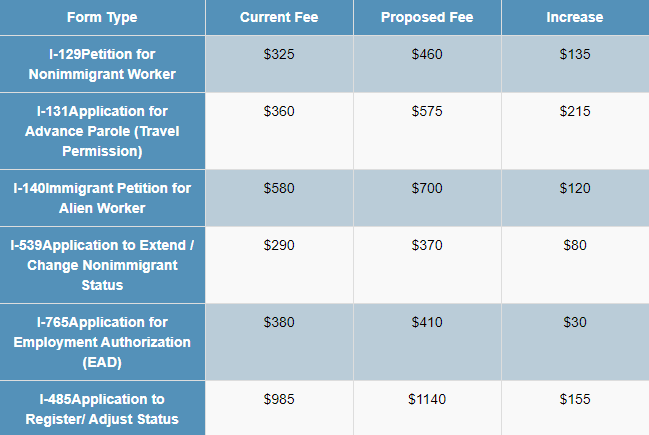 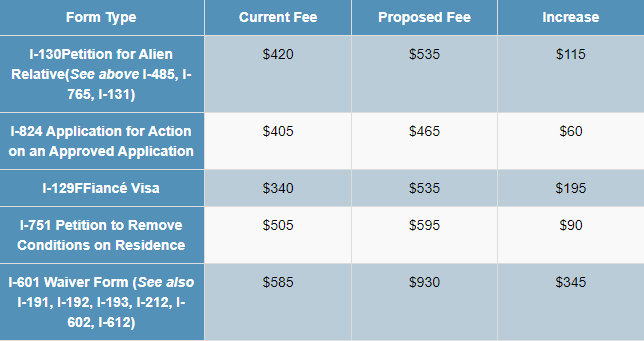 Despite all of these changes, some fees will thankfully remain the same:

We presume the proposed fee increases will ultimately be approved and go into effect this fall.  So if you need to or have been contemplating filing an immigration process, NOW is the time to get the process started to avoid the pesky fee increases.

This Post was authored by Carolyn Harlamert (Summer Associate) and edited by Debra J.C. Dowd, Esq.